Top Five Things to do in Prague 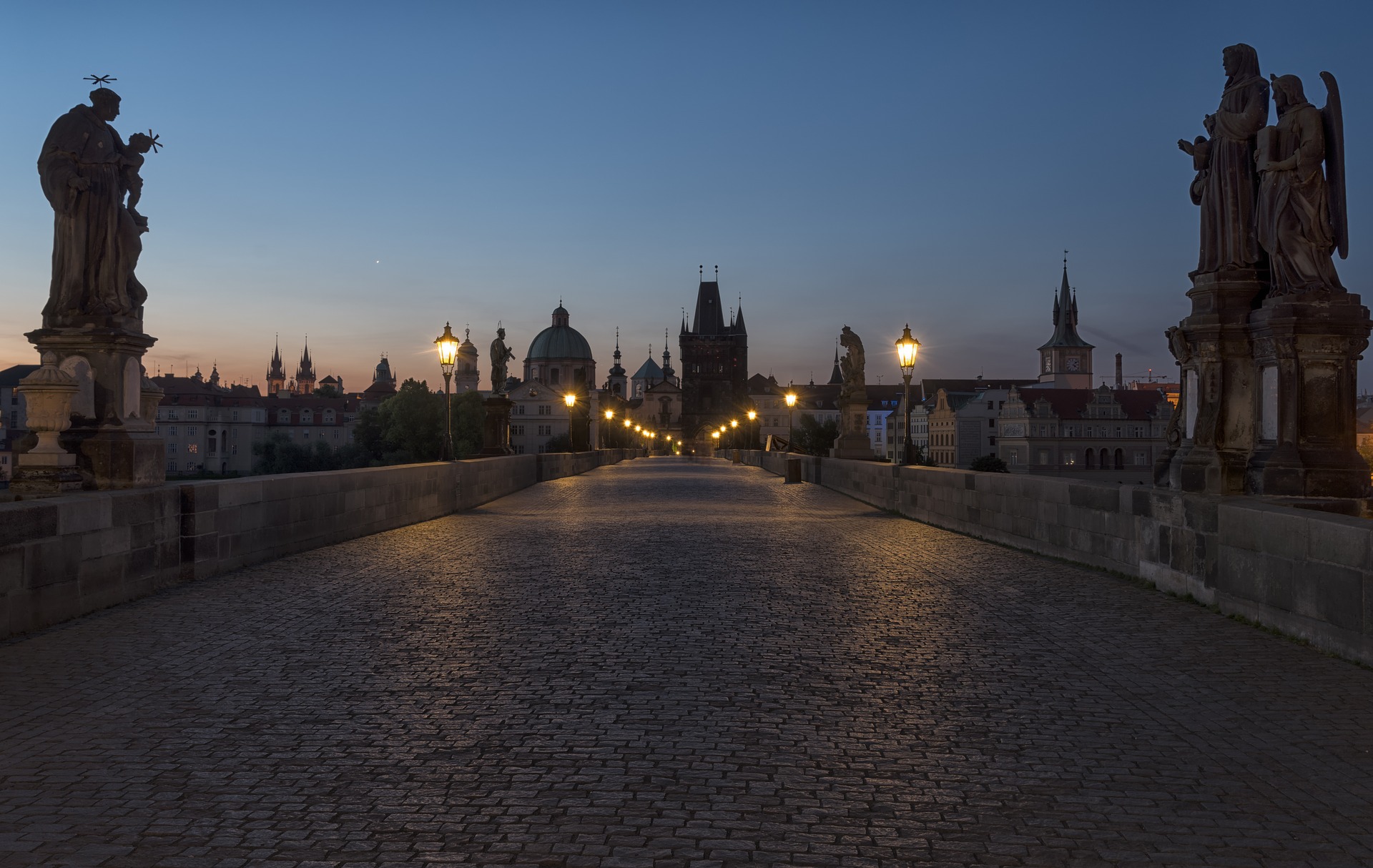 Take architecture that rivals Paris, an enormous castle complex looming over the city, romantic, cobbled lanes promising a boisterous pub just beyond quiet squares, peculiar art sculptures popping up above your head and a party culture that never dies down, and the quirky and edgy puzzle of Prague’s culture emerges. It’s landmark bridge and the mustard glow of its lights feel mystical every time you cross it, culinary specialties range from spicy kielbasa from a street cart to fragrant Vietnamese Pho and you contemplate it all while ordering another pint of the finest beer on earth.

Spike me happy at the largest castle in the world
Looming over town with slender cathedral spires sticking out beyond a cluster of structures, Prague castle is a mini-city in itself and ranks as the world’s biggest per the Guinness World Records. Historically the seat of the Czech Monarchy, now it serves as the residence for head of state, and contains a cool concoction of architecture styles spanning centuries and styles – from the Gothic St. Vitus Cathedral with a renaissance gallery to the 10th-century St. George’s Basilica. Don’t miss the cobbled Golden lane, where multi-colored, diminutive houses were built for goldsmiths and marksmen.
Prague Castle
Pražský hrad
Tel. (+ 420) 224 372 423
www.hrad.cz
Succumb to the spell of the Charles Bridge
Lined with 30 baroque statues of saints, thick and worn with centuries of soot, the Charles Bridge stretches over the river like a concrete magic carpet—take one step onto this bridge and it bewitches you. At night, its lights glow eerily and cast their romantic energy, while during the day it’s packed with tourists, hawkers and buskers, creating a frenetic but enchanting vibe. Rise early (or party late) and go at dawn, when the crowds subside, to witness the saints in solitude. As you cross, you’re always greeted by the luminous castle holding court on the hill above.

Charles Bridge
Between Staré Město and Malá Strana in the center

Record your own peace message at the John Lennon Wall
Idolized by Czechs, John Lennon’s face and Beatles lyrics were painted on a nondescript wall shortly after his death. But Western music was banned at that time, and while communist police attempted to whitewash it many times, it always was painted over again. Over years it evolved to a political symbol representing freedom and peace, and lyrics were replaced by anti-government slogans. It’s remained a pilgrimage every since, with snippets of Lennon’s face and eyes appearing amid peace mantras and colorful graffiti yielding street art. Bring a marker to add your own illustration and love message.

Check out the babies climbing up Prague’s TV Tower
Ten baby sculptures roaming the foot of the Prague TV tower and clinging to its sides? Yes, really. Look closely and observe that they have bar codes pressed into their faces, begging the question, are they really tiny cyborgs? Czech sculptor David Černý created the little tykes to make the otherwise bland structure more appealing, now they’re a curious sight and photo op.  For a closer look (how often do you get a selfie with the bar code-face of a fiberglass baby?), the same bizarre babes sit ground level in the park next to the Kampa Museum.

Eat pho and inhale the market vibe at trendy Holešovická’s
Vegetable, clothes, Czech and Asian food stalls, barking vendors, Slovak cheese, Czech honey —this indoor-outdoor market has it all. Soak up the atmosphere and take a break from heavy Czech fare with a bite at Trang An, one of the city’s best spots for Pho (Vietnamese make up one the largest immigrant communities of the Czech Republic), or check out the Friday flea market where the kool kids pick up secondhand threads. The market is also home to Jatka78, a theatre and experimental art space that frequently puts on contemporary circus performances merging acrobatics with visual art.
Holešovická/ Pražská tržnice Market
Bubenské nábřeží 306/13
www.prazska-trznice.cz